One of the key challenges today facing humanities scholars with an interest in information technologies is the problem, not a simple one, of defining their task.  Here, I would like to submit that such a task centres on the generation of new conventions. Scholars such as Janet Murray and Robert Logan have argued that western culture is only beginning to break free from conventions established with print technology, and that new forms of narration and representation should be explored.  Different conventions may make better use of the computer's capabilities, and may open new vistas for teaching and scholarship (Murray, Logan).

As we consider this challenge, it would be wise to reacquaint ourselves with the communication studies of Harold Innis.  In Political Economy in the Modern State and his later communication studies, Innis anticipated many of the problems tasking educators today, particularly the need to develop teaching methods that emphasize critical thinking.  For Innis, the problem of the West in the 20th century was the problem of information management.  Seeking to explain the onset of World War I after the comparative peace of the 19th century, Innis attributed the West's collapse to the dramatic increase in the quantity of information circulating in Europe and North America (Innis “Problems” 57).

In Innis's reading of recent history, the rise of a free press and mass society had served to heighten nationalism. International tensions rose due to the activities of the yellow press, while the steadying effects of commerce were lost as tariff barriers -- inspired by nationalist sentiment -- were erected.  As the quantity of information increased, the quality of cultural products decreased, as did the public's appreciation of the same (Innis “Cultural Factors” 100; Innis “English Literature” 51-52, cited from Bennett 13).  For Innis, the essence of the matter was clear. Information glut was producing a culture that reacted instinctively to the present.  It failed to consider the influence of its past, or the impact its present actions on the future. “The outbreak of irrationality”, he wrote, “is the tragedy of our time”(Innis “Cultural Factors” 98-99).

Improvements in communication have weakened the possibility of sustained thought when it has become most necessary.  Civilization has been compelled to resort to reliance on force as a result of the impact of technology on communication. (Innis “Preface” xiv)

Identification of the problem was all very well, but what did Innis believe scholars should do about it?  To facilitate the material, cultural and spiritual regeneration of the West, Innis pressed scholars to identify the long-term economic, social and cultural trends that defined and constrained the present (Innis “Cultural Factors”, 83-87, 102).  In his book The Cod Fisheries, Innis argued that Great Britain's failure to attend to such trends, particularly the emergence of a commercial economy in North America, had led to a series of policy blunders culminating in the American Revolution and the collapse of the First British Empire.  Future mistakes could be avoided if policy makers and the general public better understood the environment in which they operated.

Here the discipline of economic history was particularly well placed to assist, insofar as it concerned itself with “long-run trends and its emphasis on training in a search for patterns rather than mathematical formulae” (Innis “Cultural Factors”, 100). To identify and represent such patterns Innis argued economic history should use “grappling irons with which to lay hold of areas on the fringe of economics, whether in religion or in art, and with which, in turn, to enrich other subjects, as well as to rescue economics from ... present-mindedness”(Innis “Cultural Factors”, 101).

Why did Innis see religion and art as useful for ending his contemporaries' fixation with the present?  Innis believed that a culturally vibrant and temporally aware society was one in which its participants were able to master and manipulate their information environments.  It was this belief that led to his recommendation of the Oral Tradition over the Written Tradition in Empire and Communications and The Bias of Communication.

The domains of religion and art, Innis argued, suggested a means to master increasing quantities of information by virtue of their historic resort to information visualisation to illustrate complex ideas.  In the 15th and 16th centuries, for example, Innis noted in his unpublished “The History of Communication” the role of the arts in making the difficult comprehensible, noting that visual information was routinely used in Italy and elsewhere due to “the general inability to conceive abstract ideas”.

The emblem book was devised by Andreas Alciati early in the sixteenth century. . . .Poetry one of the oldest arts was combined with engraving one of the newest.  “Emblems reduce intellectual conceptions to sensible images and that which is sensible strikes the memory and is more easily imprinted on it than that which is intellectual” (Bain). (Innis “History of Communication” 35-6, 38)[2]

Innis's suggestion for stimulating critical thought, therefore, is to produce visual analogues of complex ideas or patterns currently represented by text or number.   The strategy of visualisation is seen to facilitate the process of apprehension and interrogation of a concept.  How does this idea help us?  Speaking as a historian, one of the key challenges I face as a teacher is getting my students to critically engage with a finished piece of scholarship or a series of primary documents.  How do I explain to them that there is not a precise identity between a historical representation and the historical object it purports to represent?

As anyone who has taught a class of 18 and 19 year olds can attest, students do not have an easy time of it when asked to write an expository essay.  To start, most are used to thinking of history in concrete terms, the perennial list of dates.  They are not used to thinking of history as a model, especially a model of an abstract process, be it one of political decision-making or social formation.  On top of that, the amount of printed information we ask our students to retain and manipulate while evaluating that model is substantial.

Considering the problems our students face, I believe historians have grounds to ask if their teaching methods are as efficient as they might be.  If our object is to develop analytical skills -- or more precisely to teach the need for analytical skills -- does such an exercise mandate resort to large quantities of printed information?  Might more economical methods be used to generate a pattern that can be apprehended and contrasted with the evidence?

The members of the 3D Historical Cities Project (also referred to as The 3D Virtual Buildings Project­) believe the answer to the final question is yes.  The project itself is a partnership between the National Research Council, SchoolNet, Industry Canada's Digital Collections, and the University of Ottawa's Institute of Canadian Studies.  The project began in 1998 with the stated aim of teaching Canadian high school students to generate historic replicas of Canadian cities using 3D modeling software.

When teaching our students, we begin by providing students with visual -- as opposed to textual -- representations of the past.  The two key sources we use are fire insurance maps, which provide the outline of the historical structures to scale, and photographs (see Figure 1).   Reliance on such sources afford students a concrete image of the artifact they are meant to represent, and limits the quantity of documents they work with to an average of three.

We then take them through a program in which students learn to derive the building's dimensions from the evidence at hand, and to generate the complex shapes associated with the structure using the 3D Modeling software VectorWorks.  Along the way, we are also able to visually demonstrate a number of the problems historians encounter while translating historical sources into a viable representation of the past.

Among the lessons we convey is that evidence is subject to misinterpretation.  A naïve reader of the map shown in Figure 2, for example, would conclude that the indicated structure was 50 feet high.  In fact, the map's cartographers followed a different convention, listing only the height of a structure's vertical walls.  If there was a sloped roof over and above the walls, that information was ignored.  Our students learn early that their reading of a document may not always match the cartographer's intention.

Figure 3: An exercise in reconstructing a façade

Lesson two is that evidence has gaps.  In the exercise indicated in Figure 3, for example, our students are asked to reconstruct the indicated façade.  But how can they do so, when there is no evidence to document its appearance?

In our tutorial we impress upon our students that the optimal solution is to return to the archive to search for a photograph of the indicated wall.  If no evidence is available, we then ask our students to proceed based on the evidence at their disposal, namely the appearance of neighbouring structures in their photographs.  We also impress upon them that there are no “right” answers in a working context such as this.  As long as their guess remains within the architectural conventions of the period, there is no definite basis for labelling one guess as right and another as wrong. 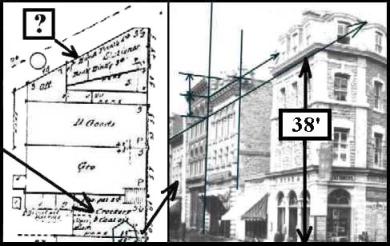 Figure 4: Deriving coordinates by justaposing a map and an image

Lesson three is that more information can be gleaned about the past by examining items of evidence in tandem as opposed to singly.  It is by practicing this principle that our students to determine the height of the Hope building, the structure they are asked to model in our 3D Modeling Tutorial.  The fire insurance map on the left of Figure 4 provides the absolute height of neighbouring structures.  The photograph provides the relative height of all the structures.  Examining the two items in tandem enables students to derive a set of coordinates for the Hope building.

The final lesson is the consequent of Lessons one through three, namely that historians have to make guesses, based on assumptions that make sense to them.  Our students will have to do the same.

Figure 5: Models that students should be able to produce

If we've done our job right, our students will emerge with the capacity to produce models such as the two shown in Figure 5.

On the left is the completed model of the Hope Building.  The structure on the right is a commercial building that existed one block to the west of the Hope Building on Sparks Street in Ottawa.  Re-constructed as it looked in 1878, the building housed a tinsmith, two barristers, and a shoe shop.

As well, if we've done our job well, our students see that the problems they faced while producing their structures are common to all forms of historical representation, be it a monograph, a scholarly article, or a 3D model. To date the results we have achieved with our students have shown promise. Our implementation still needs improvement, but some of our students have come away understanding the analogies that we bring to their attention, and seem to recognize the benefit of direct interaction with the evidence.   For many, the project has also provided them with their first opportunity to generate a finished piece of work without being told what to do by the teacher.  Many students find the experience threatening.  Others find it liberating.  We believe Harold Innis would have approved.

[2] With respect to the role of the Church, Innis noted in his essay “The Problem of Space” that:

This article has no summary